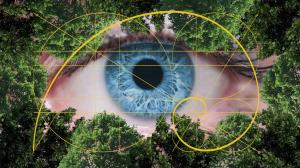 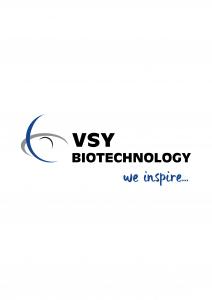 Inspired by the Golden Ratio, VSY Biotechnology with its trifocal technology has created an intraocular lens

In order to explain the working principles and physical attributes of the universe, scientists from the past up until the present day have been working continuously with unceasing determination. Like the universe, our world, which constitutes an extremely small part of the whole physical realm, is chaotic and unpredictable, but at the same time, it is highly organized governed by the laws of physics and explained through the language of mathematics. One of the most fundamental and beautiful ways these laws manifest themselves is with the Golden Ratio, an aesthetically pleasing geometric proportion explained with the Fibonacci Sequence which has been the root of countless mysteries over the centuries.

Also known as the Divine Proportion, the Golden Ratio is very common in nature and appears frequently in artworks and architectural structures throughout human history. The Golden Ratio can be found in ocean waves, spider webs, and sunflowers, as well as in notable art created in ancient Greece and ancient Rome, in the pyramids built in ancient Egypt, Leonardo Da Vinci's Renaissance work, and Salvador Dali’s surrealist 20th-century paintings. The vibrant spiral forms of every wave in Katsushika Hokusai's well-known woodblock print masterpiece, The Great Wave off Kanagawa are constructed following the Golden Ratio; in very much the same way, the light which travels like waves through the natural world, passes through our pupils and forms images. Our expectation when it comes to technology is to bring magnificent solutions and designs together emulating the way the Golden Ratio operates in nature. Inspired by the Golden Ratio, VSY Biotechnology GmbH with its trifocal technology has created an intraocular lens that has virtually the same conditions as the natural refraction of light waves in the human eye.

The two most important features of the AcrivaUD Trinova Pro C Pupil Adaptive® lens that make it different and unique from other products on the market are the Sinusoidal Vision Technology (SVT®) and the Pupil Adaptive Design. SVT® provides uninterrupted ideal vision at all distances by minimizing light loss as well as artifacts created by scattered light such as halo and glare. Pupil Adaptive design optimizes lens performance in different light conditions by mimicking the physiological behavior of the eye. The AcrivaUD Trinova Pro C Pupil Adaptive® has the highest retinal light utilization of any trifocal intraocular lens available, preserving visual performance by 93%, and is the closest lens to a crystalline lens, thanks to its stepless diffraction zones that greatly increase contrast sensitivity.

Instead of conventional sharp sawtooth patterns, the AcrivaUD Trinova Pro C Pupil Adaptive® with Sinusoidal Vision Technology (SVT®) utilizes smooth, stepless refractive pattern projections without creating any discontinuities in the lens; this significantly decreases unfocused, scattered light and optimizes light distribution. Instead of using different pitch heights for vision at a variety of distances, as is the case with most lenses on the market, SVT®-based lenses’ sinus waves’ optical profile distributes light effectively across near, intermediate as well as far distances. The SVT® adapts to changes in pupil size, thus ensuring spectacle independence from photopic to mesopic conditions while providing clear vision at every relevant focal point.

While the Golden Ratio provides perfect proportion and harmony in nature, AcrivaUD Trinova Pro C Pupil Adaptive® is the only intraocular lens technology that has virtually identical conditions to the natural refraction of light waves in the human eye. AcrivaUD Trinova Pro C Pupil Adaptive® provides clear vision at all distances and in all light conditions, ensuring patient’s ability to perfectly view road signs, drive safely at night, view computer screens and mobile devices with ease, and comfortably read even with subdued lighting.