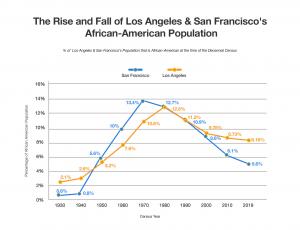 % of Los Angeles & San Francisco’s Population that is African-American 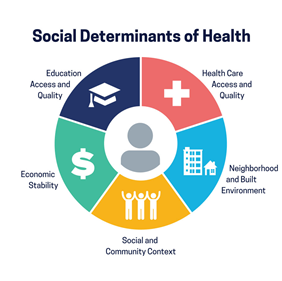 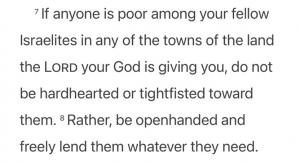 In addition to the religious services the church provides, it also must organize, collectively monitor, advocate, and support the issues that affect it's health

LOS ANGELES, CALIFORNIA, USA, November 24, 2021 /EINPresswire.com/ — Why must the church address these issues?

Particularly, in the Black church there has been a gradual decline over the past three decades, in both the population of the community and the church itself. There are churches that are the exception, however, even for them one could say that a percentage of their growth are members transitioning from one church to another, compared to the overall growth of the community. The decline in membership correlates to a gradual decline in the black population overall. Churches that could easily seat thousands are now seating a few hundred. Often these churches feel that their lighting, choirs, preaching, or other aspects of the service are the issue, or there are other areas in need of improvement. However, the reality is that there are just less overall black people in the population as a whole.

The purpose of this short article is to suggest that in addition to the religious services the church provides, it also must organize, collectively monitor, advocate, and support the issues that affect the overall health and well-being of the community, as well as the church body, particularly focusing on the Social Determinants of Health.

In order for the overall population to thrive, including the Church community, these factors must become the focus. Without such a collective active engagement approach, there will continue to be a gradual decline of both the church and the Black community starting with the smaller churches, gradually affecting the larger churches as well as the overall population. The Bible is extremely concerned about the role believers have in ensuring everyone is both spiritually and physically well. There is a strong historical relationship between the church and advocating for justice and social safety nets, supported throughout the Old and New Testament.

The SDoH are the issues the church must address. They are the factors in a person's life and environment that impact their health outcomes in positive or negative ways. These economic and social conditions are all connected and can have a detrimental snowball effect for individuals and entire populations.

Let's take the first one as an example: financial wellness. As anyone who has experienced economic hardship will tell you, you constantly worry, "Where is my next meal going to come from?" or "How am I going to feed my kids?" It's extremely stressful to get up every day with that burden, and that chronic stress is a direct path to early heart attack, stroke, hypertension, depression, and anxiety—all because of just that one factor.

The SDoH should be the core issue that the church should focus its attention, with the assumption that if we use the 80-20 rule, also known as the Pareto Principle, which asserts that 80% of outcomes (or outputs) result from 20% of all causes (or inputs), for any given event. In the church, a goal of the 80-20 rule is to identify inputs that are potentially the most productive and make them the priority.

The 20% which the church should focus on, are the SDoH. And, within each category of the five SDoH the Pareto Principle could be applied again. Which are the core issues in each of the five categories that would have the greatest impact for the overall community? This is something that the collective church body should decide at a convening. What data will be tracked and reported? Unemployment? Homelessness? Incarceration? Graduation? Mortality? Affordable housing?

Framework for addressing the SDoH?

It starts with Church leadership acknowledging that this is a significant issue now and for the future, that effects everyone regardless of domination. They must commit to being part of the process of improving the Social Determinants of Health in their community and nationally through working groups, and incorporating advocacy, monitoring, and supporting efforts to improve the SDoH amongst the priorities of their congregation.

The church is an enduring institution that has existed for thousands of years and will continue to exist. The black church and population have a role to play in the larger church body, and it is up to leadership to shepherd and ensure that its health remains for the well-being of the body and the community. Improving the SDoH combined with prayer, wisdom, and guidance from God is the most effective way to ensure significant and lasting change. This is a role that only the church can accomplish. In addition, we can see that throughout the United States, that a church community that does not collectively organize around core issues that improve the health and well-being of the larger community, will itself be under threat of diminishing overtime.

Lastly, the principles, values, and priorities of civic organizations, groups, and individuals can change overtime due to both internal and external pressures. They are subject to outside pressures from funders, society, and culture. All of which is placing similar pressures on the church. However, the church is guided by a set of principles and values. Though leadership can waiver at times, the values and principles remain. This stability is essential whether it is the church or a country to ensure the unwavering focus on these core vital issues.

Ideally the larger church community of the different dominations, particularly in the Black Church community, should consider establishing a way to collectively gather around monitoring, advocating, and supporting the SDoH. A forum or system of mutually supporting both local and national issues, that directly affect the advancement of improving the SDoH needs to be created. There needs to be a large national sustained focus, supported by working groups and membership from multiple congregations throughout the nation, prioritizing the advancement of each of the five areas of the SDoH.