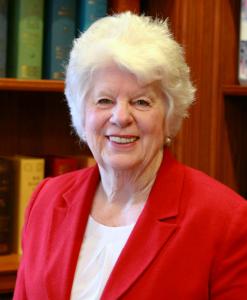 Rev. Susan Taylor of the Church of Scientology promoting religious freedom over Thanksgiving 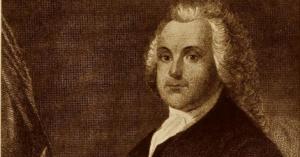 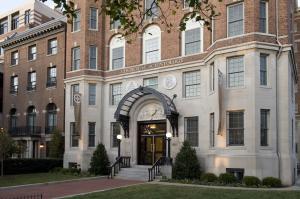 Unique insights from the first Thanksgiving 400 years ago to the 40th anniversary of the UN declaration against religious discrimination this Thanksgiving.

We are very fortunate to live here in the US where we do have religious freedom – but it has been fought for at great expense over the last 400 years”
— Rev. Susan Taylor

WASHINGTON, DC, USA, November 24, 2021 /EINPresswire.com/ — Rev. Susan Taylor, President of the Founding Church of Scientology, is reminding us about the reasons behind Thanksgiving. Those who came to our shores in the 1600s in the New England area survived bitter winters and internal conflicts – with help from the local Native Americans. They came for many reasons but primarily for religious freedom. Those who survived the first year gathered together with Native Americans 400 years ago in what is considered the first Thanksgiving.

So we look upon Thanksgiving Day each year with this legacy in mind and give thanks to those who had the courage of their convictions to flee religious discrimination and persecution to come to a new land.

Why is religious freedom important today? Rev. Taylor said, “We are very fortunate to live here in the US where we do have religious freedom – but it has been fought for at great expense over the last 400 years.”

Many in the US believe we have always had religious freedom, but we haven’t. It was fought for. Religious minorities suffered from social and legal discrimination and persecution from the very founding of the English colonies.

For instance, in 1635, the Massachusetts Bay Colony expelled Roger Williams for opposing the Puritan church’s control over civil law. After his expulsion, he settled on Narragansett Bay, Rhode Island, where he established a new colony, which he called Providence. Williams proclaimed that everyone had the freedom to worship as they chose; that government would have no control over religion; and that religious ministers would have no power to make or enforce laws. Rhode Island’s Charter, which served as the state constitution until 1842, includes this forward-looking provision:

“No person within the said Colony, at any time hereafter, shall be any wise molested, punished, disquieted, or called in question, for any differences in opinion, in matters of religion, who does not actually disturb the peace of our said Colony; but that all and every person and persons may, from time to time, and at all times hereafter, freely and fully have and enjoy his own and their judgments and consciences, in matters of religious concernments, throughout the tract of land heretofore mentioned, they behaving themselves peaceably and quietly and not using this liberty to licentiousness and profaneness, nor to the civil injury or outward disturbance of others.”

What has since been called Rhode Island’s “lively experiment” in religious liberty made the colony a haven for Baptists, Quakers, Jews, and other religious minorities. More than a century after his death, Roger Williams’ notion of “a separation between the garden of the church and the wilderness of the world” inspired House of Representatives to pass the first amendment to the newly ratified U.S. Constitution. It states, “Congress shall make no law respecting an establishment of religion, or prohibiting the free exercise thereof; or abridging the freedom of speech, or of the press; or the right of the people peaceably to assemble, and to petition the Government for a redress of grievances.”

This principle is carried forward in the UN Universal Declaration of Human Rights written right after WWII, which includes Article 18 which states, “Everyone has the right to freedom of thought, conscience and religion; this right includes freedom to change his religion or belief, and freedom, either alone or in community with others and in public or private, to manifest his religion or belief in teaching, practice, worship and observance.” This year Thanksgiving also marks the 40th Anniversary of the UN Declaration on the Elimination of All Forms of Intolerance and of Discrimination Based on Religion or Belief proclaimed by General Assembly resolution on 25 November 1981.

Thus, the Church of Scientology advocates religious freedom and recognizes that freedom of religion must include the willingness to permit others to continue with their chosen religion or to change their religion. This can occur only in a society that recognizes the distinction between church and state and where no one religion is permitted to assume a dominant role in the affairs of government.

Knowing that all faiths are a minority someplace in the world, there is an honest and dedicated interest in this fight by good people on behalf of all religions. For if freedom of religion does not exist for one minority religion in a country, then there is a strong possibility that your religion, whatever it is, might also suffer. Witness the violent conflicts over religious freedom in China, the Middle East, and so many other countries where minority faiths are being driven out and their adherents persecuted.

As part of the celebration, booklets detailing the 30 rights under the Universal Declaration on Human Rights will be distributed. The booklets are published by Youth for Human Rights International (YHRI) which was formed in 2001 to promote and teach the UN Universal Declaration of Human Rights (UDHR). Surveys at that time revealed that very few people were aware of the UDHR or the 30 human rights named therein. YHRI specifically is working to teach the youth of today about human rights and inspire them to become valuable advocates for tolerance and peace.

Rev. Taylor said, “Enjoy your Thanksgiving Day and remember you are giving thanks also for the freedom to believe as you choose – including the right to not believe – and to practice your faith.”