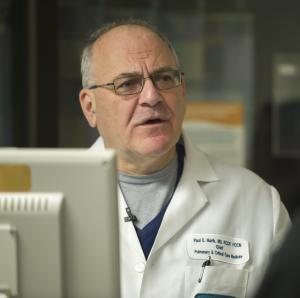 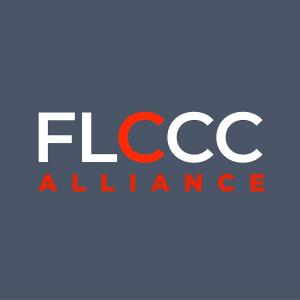 A notice citing “possible material misrepresentation” by the hospital last week was filed today with the Circuit Court for the City of Norfolk, Virginia.

WASHINGTON, D.C., UNITED STATES, November 22, 2021 /EINPresswire.com/ — While their top ICU doctor was arguing his case against Sentara Healthcare System before a Virginia court on Thursday, November 18 (case #CL21013852), the hospital crafted a plan to suspend him. Paul Marik, MD, one of the world’s leading critical care physicians and the Director of the ICU at Sentara Norfolk General Hospital, part of Sentara Healthcare, was in a Virginia courtroom fighting to treat critically ill COVID-19 patients while his employer was placing a letter notifying him of suspension of hospital privileges on his desk in his hospital office.

When Dr. Marik arrived at work on Saturday, November 20, two days after his court hearing, he found a letter that had been placed on his desk notifying him that he had been suspended from working in the hospital, effective immediately. The letter was dated November 18, the same day as the hearing where Dr. Marik made his case against Sentara for prohibiting the use of several effective treatments for COVID-19 patients. The letter also said that it was delivered to Dr. Marik by email and overnight mail, though neither happened, according to Dr. Marik.

The judge presiding over the case against Sentara was notified of the suspension of privileges today by Dr. Marik’s legal team since Sentara failed to do so last week even as they told the Court they would not retaliate against Dr. Marik for filing the lawsuit. In the letter informing the judge of the development, Dr. Marik’s legal team note the timing of the notification and what they call “possible material misrepresentation” committed by Sentara Health System by keeping Dr. Marik’s imminent suspension a secret from the court during the hearing.

“This is a desperate and clumsy attempt by Sentara to say that Dr. Marik does not have standing since he was suspended at the time of arguing his case in court,” said Fred Taylor, attorney for Dr. Marik. “Suspending Dr. Marik is a blatant act of retaliation against him for filing this suit and for exposing to the public Sentara’s unlawful, unjustified denial of safe, potentially life-saving treatments to COVID patients.”

In notifying the judge today, Dr. Marik’s legal team also called for a supplemental hearing to redress the new facts previously hidden from the court by Sentara.

The link to the letter sent to the judge is HERE.

More information will be posted on the FLCCC homepage, https://covid19criticalcare.com as it becomes available.

About the Front Line COVID-19 Critical Care Alliance
The FLCCC Alliance was organized in March 2020 by a group of highly published, world renowned Critical Care physician/scholars – with the academic support of allied physicians from around the world – to research and develop lifesaving protocols for the prevention and treatment of COVID-19 in all stages of illness. Their MATH+ Hospital Treatment Protocol – introduced in March 2020, has saved thousands of patients who were critically ill with COVID-19. Now, the FLCCC’s new I-Mask+ Prophylaxis and Early At-Home Outpatient Treatment Protocol with Ivermectin has been released – and is a potential solution to the global pandemic.
For more information: https://covid19criticalcare.com/