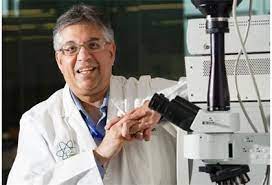 Dr. Kishor Wasan does not believe that new pharmaceutics are enough

SASKATOON, SK, CANADA, November 19, 2021 /EINPresswire.com/ — Adjunct Professor of Pharmacology in the Department of Urologic Sciences of the Faculty of Medicine at the University of British Columbia and Science Director for Skymount Medical US Dr. Kishor Wasan has made neglected global diseases a key focus of his career.

One such neglected global disease is leishmaniasis. It can cause mutilating skin ulceration or potentially fatal systemic illness. There are more than 12 million infected people worldwide, and between 0.9 and 1.6 million new cases each year. Between 20,000 and 30,000 people die of the disease very year, and up to 350 million people are at risk of infection.

The reality of the twenty-first century is that any disease can have global impact. Neglected global diseases are no longer confined to the tropics. And holistic approaches to the public health issues they raise cannot be confined to developing economies.

Dr. Kishor Wasan is an advocate on new therapeutics.  He received funding provided by the Consortium for Parasitic Drug Development via the Bill/Melinda Gates Foundation) toward the development of a safe and efficacious oral lipid-based amphotericin B formulation to treat systemic fungal infections and leishmaniasis.

But Dr. Wasan does not believe that new pharmaceutics are enough. Wasan advocates finding remedies for the non-medical determinants of disease. Both the pathogen and the economic conditions that contribute to the spread of the pathogen must be corrected to bring the disease under control.