The headquarters for CCHR Florida are located in downtown Clearwater.

As reported by the Baker Act Reporting Center, more than 37,000 involuntary psychiatric examinations were initiated on children across the state. 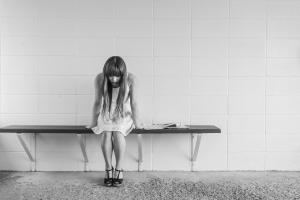 Currently there is the equivalent of one hundred Baker Acts initiated on a child every day of the year.

The mental health law currently allows for individuals of all ages, including children, to be taken into custody and sent for an involuntary psychiatric examination.

The passage of the Parents’ Bill of Rights and the School Safety Bill created greater protection from involuntary psychiatric holds for children.

Parents have the right to direct the mental health care of their children and by law should be given the opportunity to make these decisions. It is imperative that these changes are understood.”
— Diane Stein, President CCHR Florida

CLEARWATER, FLORIDA, UNITED STATES, November 17, 2021 /EINPresswire.com/ — During the 2021 legislative session Florida lawmakers passed two bills that greatly increased the protection of children and parental rights. The School Safety Bill put in place language which requires parental notification before a child can be taken into custody for an involuntary examination, commonly known as a Baker Act. This law allows for individuals of any age, including children, to be taken into custody for an involuntary psychiatric examination and transported to a facility for evaluation, often by law enforcement and in handcuffs. The passage of the Parents’ Bill of Rights also made it clear that it is the right of the parent to direct the mental health of their child and that the state should not infringe on this right. [1]

The passage of these bills followed on the heels of an alarming report released by the Southern Poverty Law Center (SPLC). Titled “Costly and Cruel” this report revealed the abusive use of Florida’s Baker Act. As reported by the the SPLC, “More than 37,000 times each year, children across the state have the Baker Act used against them largely by schools, police and foster care facilities. Sometimes – for even very minor infractions and normal adolescent behavior – they are handcuffed by police, taken in cop cars and deeply traumatized as they are carted off for days at a time to psychiatric facilities for an involuntary psychiatric exam, where they may or may not get to speak with their family.” [2]

Unfortunately, the changes made by the Florida Legislature as to how the Baker Act can be used in schools are still often misunderstood and misused prompting the Florida chapter of the Citizens Commission on Human Rights to offer workshops on the mental health law.

“It really should be quite simple. Parents have the right to direct the mental health care of their children and by law should be given the opportunity to make these decisions,” stated the President for CCHR in Florida, Diane Stein. “It is imperative that these changes are understood by schools, mental health professionals and law enforcement.”

The workshop is delivered by attorney Carmen Miller, a former assistant public defender in the Thirteenth Circuit in Tampa, who has an extensive background in dealing with Baker Acts. Hosted by CCHR, the event covers the context and intentions of the mental health law, basic human rights impacted by the Baker Act, changes to the Baker Act process for children and the unintended consequences of involuntary psychiatric examinations. The next complimentary virtual event is scheduled for Saturday, November 20th, 2021 from 1:00 PM to 2:30 PM. To learn more or to reserve a spot, please call 727-442-8820 or send an email to execdir@cchrflorida.org.

About CCHR: Initially established by the Church of Scientology and renowned psychiatrist Dr. Thomas Szasz in 1969, CCHR’s mission is to eradicate abuses committed under the guise of mental health and enact patient and consumer protections. L. Ron Hubbard, founder of Scientology, first brought psychiatric imprisonment to wide public notice: “Thousands and thousands are seized without process of law, every week, over the ‘free world’ tortured, castrated, killed. All in the name of ‘mental health,’” he wrote in March 1969. For more information visit www.cchrflorida.org

Sources:
[1] School Safety Bill https://www.flsenate.gov/Session/Bill/2021/590 and the Parents’ Bill of Rights https://www.flsenate.gov/Session/Bill/2021/241
[2] Costly and Cruel: Thousands of Florida children suffer the harm and indignity of involuntary, and often illegal, commitment to psychiatric facilities https://www.splcenter.org/news/2021/03/24/costly-and-cruel-thousands-florida-children-suffer-harm-and-indignity-involuntary-and-often
[3] ADVOCACY GROUPS, PARENTS AND STUDENTS SUE PALM BEACH COUNTY SCHOOL DISTRICT FOR HARMFUL, ILLEGAL USE OF THE BAKER ACT https://www.splcenter.org/presscenter/advocacy-groups-parents-and-students-sue-palm-beach-county-school-district-harmful and Justice Department Settles with Florida’s Volusia County School District to Protect Students with Disabilities from Classroom Removals and Other Discrimination https://www.justice.gov/opa/pr/justice-department-settles-florida-s-volusia-county-school-district-protect-students and Parent of student with autism files $50 million lawsuit against Volusia School Board https://www.clickorlando.com/news/local/2021/10/28/parent-of-autistic-student-files-50-million-lawsuit-against-volusia-school-board-following-investigation/

As a parent in Florida, you have the right to help your minor child in a time of crisis before the initiation of a Baker Act. Visit www.know-your-rights.org