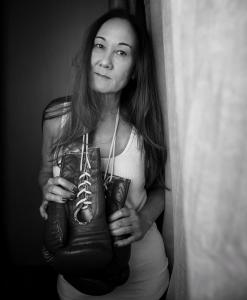 LOS ANGELES, CA, UNITED STATES, June 11, 2021 /EINPresswire.com/ — The US Food and Drug Administration on Monday approved the use of the experimental drug aducanumab for early phases of Alzheimer's disease — despite an FDA advisory committee concluding last year that there is not enough evidence to support the effectiveness of the treatment. The FDA has not approved a new Alzheimer's drug in nearly 20 years.

Alicia Doyle, acclaimed author of the award-winning autobiography, Fighting Chance, has a personal connection to this disease and believes this new drug is the best next thing to do. "The US Food and Drug Administration’s approval of the use of the experimental drug aducanumab for early phases of Alzheimer's is a step in the right direction to hopefully find a cure for this disease, which not only robs an individual of mental and physical capacities, but breaks the hearts of those who must watch, powerless, as their loved one declines," states Doyle.

The drug was developed for patients with mild cognitive impairment, not severe dementia, and intended to slow progression of Alzheimer's disease — not just ease symptoms.

"My father, Frank Ira Doyle, passed away in Colorado on September 21 at the age of 84 after a successful career as an engineer, a decades-long marriage, and serving his fellow man through philanthropic efforts," continues Doyle. "My father suffered from Parkinson’s and early onset Alzheimer’s Disease in his last stages of life. Witnessing his mental decline was heartbreaking – he was the smartest man I knew, and his time on earth made global history."

"My father served his country proudly in the Navy, and later earned his Master’s Degree in engineering on the G.I. Bill. A brilliant Rocket Scientist, my father worked for some of the largest engineering companies in the world, including Boeing. During his career he reaped many accomplishments, most notably approving the launch of the Cassini Satellite that studied Saturn and its moons. I hope a cure is on the horizon so other's do not experience the difficulty and harsh realities of this disease."