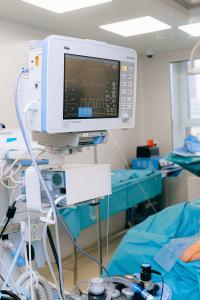 Numerous solution providers cater for healthcare digitalization. Which of them will set the tone and which countries are ahead in digitization?

In digitalization of the health care system, solution providers who can prove that they have potential are in demand.”
— Hermann Kamp

ZUG, SWITZERLAND, July 3, 2020 /EINPresswire.com/ — Every country has a healthcare system, practically everyone wants to go digital, but there are still big differences. One might think that Germany has already come a long way here as an innovation country. But no. To put it positively: There is still a lot of potential, and the solution providers are ready.

Because the willingness to innovate is so different internationally, solution providers need to be flexible. Teams are often distributed around the world and know the requirements of different countries and regions. Hermann Kamp, CEO of the digitization company ClinicAll International, says: “Our company is based in the USA, we develop our software mainly in Switzerland, we have renowned clinics as customers in many countries, including Germany, but the Arabic market, for example, is very important to us. Because here the will to innovate is very strong in some countries. You will quickly realize that there is still a lot of catching up to do in Germany and Europe.”

New clinics are being built so that they can take current digital possibilities into account from the very beginning. However, most hospitals already exist and have a complete infrastructure consisting of the most diverse systems and processes. That is the challenge.

ClinicAll CEO Hermann Kamp: “The digitization of a hospital is not about replacing existing diagnostic systems or other highly complex infrastructures. It is much more about integrating everything that already exists on just one new software platform. The great advantage of this approach is that it makes everything uniform and easier for the staff. Many things work faster and less complicated. Data can be called up from anywhere and used more comprehensively. A hospital that uses integrated digitization solutions will immediately notice improvements and work savings. For example, we’ve found that every nurse loses an hour of time every day – just by unnecessary walking – which she could save if the hospital used a digital solution. You can extrapolate how that alone could improve hospital operations.”

In a study entitled “Digitalization in the Healthcare System”, Digital McKinsey examined how great the overall benefit can be for a hospital. It comes to the conclusion that “70 percent of the achievable benefits are incurred by the service providers, i.e. primarily by doctors and hospitals”. The study also shows that “electronic health records and electronic prescriptions have key functions”.

The ClinicAll CEO shares this view: “The challenge is that a lot of data is stored on different independent systems in different departments”. That is why, according to Kamp, the essential task of all digital solutions is integration; this is where the wheat is separated from the chaff among digitizers.

Without digitization, today’s information and data volumes can only be handled by doctors and nursing staff with an immense amount of effort. Scientists at the Mannheim University of Applied Sciences have calculated that a hospital with 1,500 beds produces around eight terabytes of heterogeneous data per year, including more than 1.5 million diagnoses, more than half a million fever curves and more than 5.5 million letters and findings and so on. Just the idea of no longer having to handle all this manually gives an idea of how enormous the financial benefits for clinics from digitization can be.

There is a great deal of interest in digitization because 34 billion euros could be saved in the health care system in Germany alone: According to Digital McKinsey, the use of paperless data alone, including electronic patient files, would bring savings of 9 billion euros. The automation and optimization of work processes through digitalization would result in 6.1 billion euros.

This is in line with the experience of ClinicAll CEO Hermann Kamp: “Our customers must work efficiently and effectively if they want to survive. That’s why they can no longer use file silos these days. Patient data on paper cause too much cost and effort. Doctors and nursing staff could be greatly relieved with better processes, capturing and viewing patient data from anywhere. It makes work much easier. In the end, the patients also benefit when the staff has more time for them, being spared hours of waiting time within a hospital.”

Digital healthcare is still at the beginning of its growth curve. Companies that offer solutions here have a good chance of long-term success. The ClinicAll CEO says: “Despite all the optimization, in the end, the company that will survive on the market is the one that not only integrates existing systems in its developments, but also thinks about patient-centered care. Porsche Consulting's “Healthcare of the Future” analysis says about the patient-centered approach: “All those involved will benefit from the advantages of the future system: improved organizational processes, higher quality of treatment and patient care, reduction of bureaucracy and creation of new jobs."

In digitalization of the health care system, solution providers who can prove that they have potential are in demand. Several companies want to digitize the healthcare sector with their products and services. But who will be ahead? Under the heading “Who will pay for digital health? The investor’s perspective” says Mussaad Al-Razouki, “that the biggest investors, as well as the best spouses, always see the potential of the person in front of them and not their current status. Technical terms such as turnover, net present value, P/E (price-earnings ratio) and buzzwords such as traction, big data and “better times” play a secondary role compared to the all-decisive truth about investing: You invest in the potential of the team.” Hermann Kamp of ClinicAll says: “Investors have a good view here. They often recognize very quickly which companies have potential. In the end, it will be these companies that set the tone for the digitalization of the healthcare system, both in Germany and internationally”.