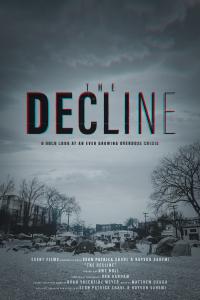 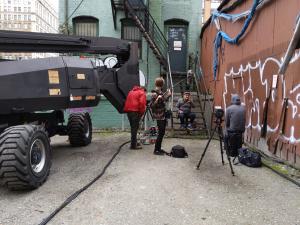 The Decline – Behind the scenes look 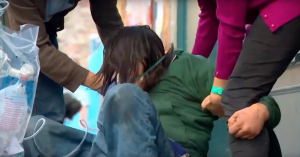 Production still from The Decline

I felt Vancouver is operating without a real plan or strategy to fight the drug and homeless crisis. I have witnessed crime, deaths and rapid shocking homeless and drug use.”
— Uwe Boll

In 2015 German director/producer Uwe Boll opened Bauhaus Restaurant in the historic Gastown neighbourhood bordering the infamous downtown eastside that became the centre of the Vancouver opioid crisis and known for drug use, poverty, crime, mental illness, prostitution, and homelessness. Having a business in the area gave Uwe a close look at the rapid neighbourhood decline. Since 2016 shortly after opening his restaurant, there was a record number of opioid-related overdoses deaths, over 1,376 deaths reported in Vancouver centre, 3,600 in BC, and more than 13,900 across Canada.

Uwe teamed up with local film directors Sean Patrick-Shaul and Kayvon Saremi to study the ever-growing overdose epidemic plaguing Vancouver and many other North American cities. With no apparent solutions and increasing overdoses, society is desperate for action.

"I had no idea just how complex the entire problem is, and doing this film opened my eyes. It is a tangled web of homelessness, mental illness, drug addiction, politics, and stigma. I hope this documentary helps others understand how this isn't just a simple fix." Sean Patrick-Shaul

This film looks to unravel the complex and intersecting problems of mental illness, homelessness, addiction and gentrification by speaking with politicians, front line workers and experts.

"I felt Vancouver is operating without a real plan or strategy to fight the drug and homeless crisis. I have witnessed crime, deaths and rapid shocking homeless and drug use. Many tourists who walked to East Hastings, reporting never to come back to Vancouver! We need real solutions. Whether its therapy, housing, rehabilitation, and policing in a combination, one thing is for sure, this can not continue how it is. We spend every year over $360 million just in the small area of the Downtown Eastside of Vancouver for reactive services like ambulances, fire trucks, police, reanimation rescue teams. We need preventative and real solutions." – Uwe Boll

We need to question in what society we want to live. The drug crisis affects everybody.

The Decline is currently in post-production and will be showcased at film festivals in the coming year.

UWE BOLL
Uwe Boll has had a film career that has spanned three decades, directing over 30 films and producing over 50. Uwe graduated from university in 1995 with a doctorate in literature. From 1995-2000, he was a producer and director with Taunus Film-Produktions GmbH. Boll is currently Chief Executive Officer of Bolu Filmproduction and Distribution GmbH, which he founded in 1992. He continues to direct, write and produce feature films. His leading companies are Event Films in Vancouver and Bolu Film in Germany.

SEAN PATRICK SHAUL
Sean Patrick Shaul is a Vancouver based award-winning filmmaker. He has independently produced and directed three previous feature-length documentaries, FUCK YOU ALL: THE UWE BOLL STORY (2018), ALONE UP THERE (2012) and OPEN YOUR MOUTH AND SAY… MR. CHI PIG (2009), as well as the short form TV documentaries SILENT LEGEND: THE MACK SENNETT STORY (2016) and CATCH THE WESTBOUND TRAIN (2013). Sean's passion for independent filmmaking has led him on an over ten-year career as a producer, director and editor.

KAYVON SAREMI
Kayvon Saremi is a passionate Iranian-Canadian film producer of feature-length narratives and documentaries for the international marketplace. He co-produced the feature-length documentary FUCK YOU ALL: THE UWE BOLL STORY (2018), which premiered at the Whistler Film Festival. He has also produced the theatrical narrative feature film NOT FOR THE SAVING (2014), which has been distributed through VOD services. Other producing credits include two short films DEPRESSION SUCKS (2018) & ETHER (2017).