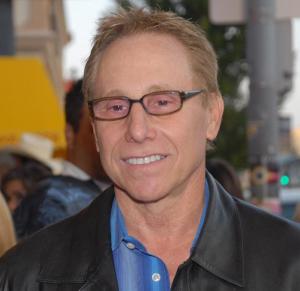 Dr. Alter recently travelled to Chile to be a guess faculty speaker at the 2019 Chilean Plastic and Reconstructive Surgery Congress in Santiago, Chile.

LOS ANGELES, CA, UNITED STATES, August 30, 2019 /EINPresswire.com/ — Dr. Gary Alter, acclaimed plastic surgeon, has had an incredibly busy year so far. Between teaming up with the Stem Cell Doctors of Beverly Hills to open his new state-of-the-art Biocellular Center, (https://stemcelldoctorsbeverlyhills.com/), he also recently travelled to Chile to be a guess faculty speaker at the 2019 Chilean Plastic and Reconstructive Surgery Congress in Santiago, Chile, which took place August 8-10, 2019.

“It was an amazing experience,” explains Dr. Alter, “I spoke on topics such as ‘buried penis’, ‘female genital aesthetic surgery including reconstruction of botched labiaplasties,’ ‘male to female gender confirmation surgery,’ ‘reconstruction of deformities from penile enlargement surgery,’ and ‘scrotum reduction.’” "The plastic surgeons were very gracious and interested in my work."

Dr. Gary Alter is an American plastic surgeon. His specialties include male and female genital reconstruction and gender confirmation surgery. He appeared in multiple episodes of the reality television series, "Dr. 90210" and one episode of “Botched”, both on the E! television network. He currently has an acclaimed practice in Beverly Hills, CA and Manhattan, NY.

Dr. Alter was the second surgeon ever with board certification by both the American Board of Plastic Surgery and the American Board of Urology. He is an Assistant Clinical Professor of Plastic Surgery at UCLA School of Medicine. Dr. Alter performs most cosmetic plastic surgical procedures, but his sub-specialty is in genital aesthetic and reconstructive surgery. He has invented many original surgical procedures adopted by other surgeons worldwide, including the "Alter Central Wedge labiaplasty technique".

The acclaimed doctor has been highlighted on Alexis Arquette: She's My Brother (documentary) and on the TLC show Strange Sex, discussing hidden penis syndrome. He has appeared on the Discovery Health Network, TLC, CNN, the Larry King Show, and was a recurrent guest on "Red Eye" on the Fox News Channel. He has also been featured in numerous media outlets including the New York Times, the Los Angeles Times, the Wall Street Journal, USA Today, Allure, Self, Glamour, Marie Claire, Cosmopolitan, and Health.

“My trip to Chile was an enriching experience,” concludes Dr. Alter, “I will continue traveling and speaking worldwide to share my knowledge about my unique procedures.”