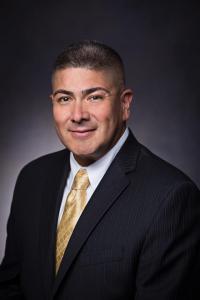 The state legislature of the U.S. state of Connecticut, the Connecticut General Assembly is a bicameral body composed of the 151-member House of Representatives and the 36-member Senate. Occasionally recognizing members of the public during legislative proceedings, Heber Alonzo Meraz reflects on his own such recognition, received for saving the life of a Connecticut woman who was choking to death.

"The majority of proceedings," he continues, "are open to members of the public, with specific public hearings also regularly held to allow residents an opportunity to have their voices heard on any one or more of a great variety of topics, including, for example, pending legislation."

According to Meraz, members of the public may be recognized during legislative proceedings, particularly during sessions of the House. Here, Representatives and Senators may call for what's known as a 'point of personal privilege,' allowing them to introduce and recognize individuals of their districts to the wider membership. "The chamber also often recognizes civic and youth groups," Meraz explains, "as well as championship-winning sports teams."

On occasion, individual residents of the State of Connecticut receive so-called 'special citations' from the membership. It was such a citation which was received by retired U.S. Marine Corps Staff Sergeant Meraz for saving the life of a local woman, a resident of Fairfield, Connecticut, in 2010.

"For saving the life of Deborah Tegano, a resident of Fairfield, Connecticut, who was choking, I received a State of Connecticut General Assembly official citation in 2010," he explains.

"I'm immensely proud," Meraz adds, wrapping up, "of my American Red Cross Lifesaving Award and my State of Connecticut General Assembly official citation, both of which I shall cherish for the rest of my life."

Heber Alonzo Meraz is a retired U.S. Marine Corps Staff Sergeant and keen marathon runner. Raised in El Paso, Texas, and Dodge City, Kansas, Meraz joined the Marine Corps in 1994 and went on to complete 20 years of active duty service. Today a senior analyst with Sikorsky Aircraft in Shelton, Connecticut, Heber A. Meraz boasts a strong community spirit, regularly hosting local events in and around both Shelton and nearby Trumbull where he currently resides. Events hosted by Meraz are chiefly focused upon teaching children in the area about CPR, fire safety and prevention, and recognizing choking hazards.